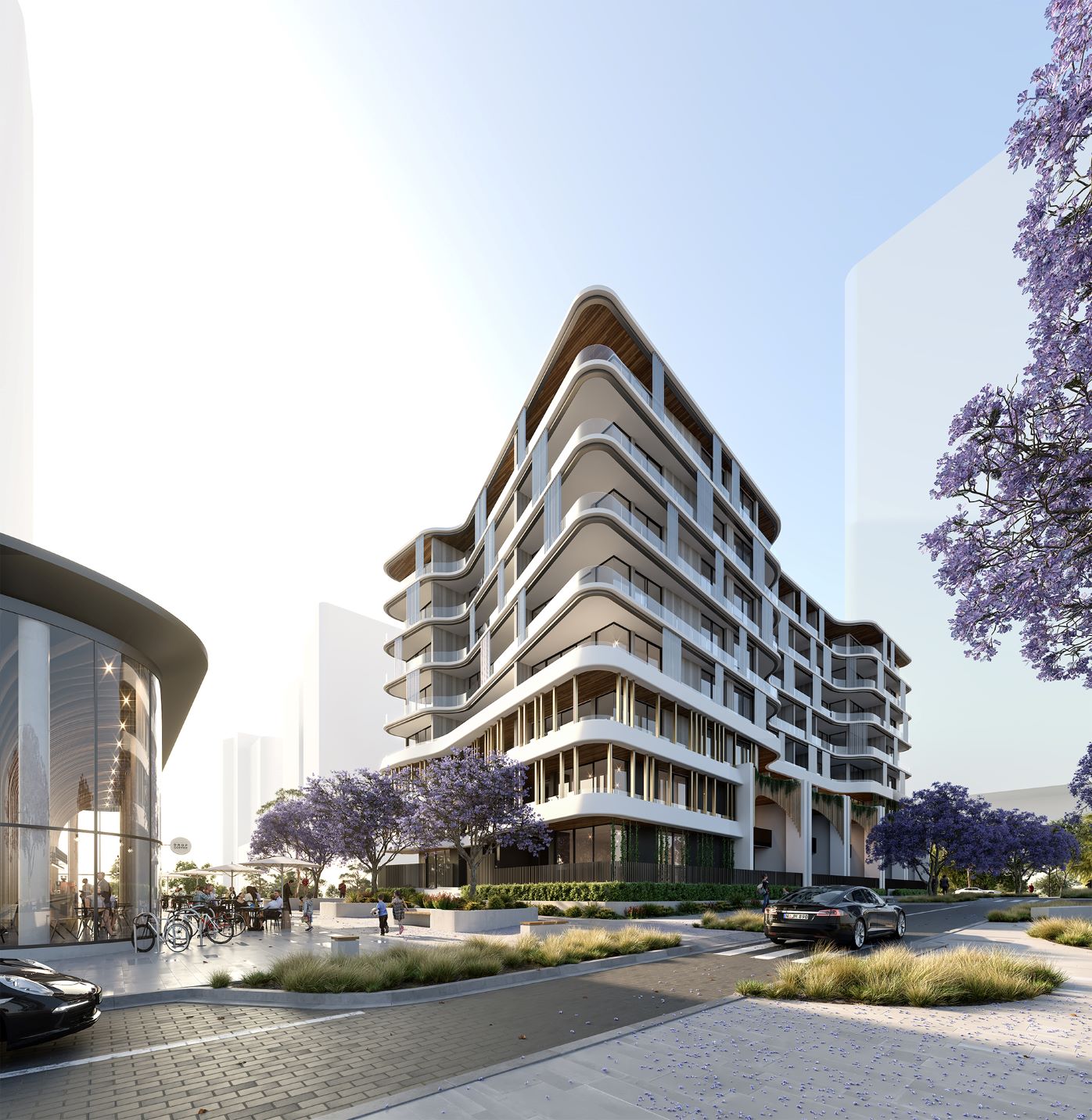 PBD Architects are thrilled to announce we are the competition winners for Sekisui’s key Phase site within their “Sanctuary” Wentworth Point masterplan. The design competition was contested amongst some of the most well regarded Architectural forms on the city.

Our Design Concept focuses on the vision of “Sanctuary” and the five core principles which define the masterplan (Satoyama, Michi, Gohon No Ki, En Bai Yutaka and Omotenashi).We have incorporated these core principles within a theme inspired by nature, utilizing components of nature’s organic fluid form and texture within our design.

We take inspiration from the naturally occurring knots and grains in wood where they intersect, the variations in colour and texture and the beauty found in the richness of each piece. The fluid connections found in a rippling effect transforming the fabric of a surface inspired the Architectural language of the façade.

The grain within organic plants and structures has a beauty and richness connecting form with function that guides our design direction. These have been translated within an organic fluid form balanced against texture which defines the Architectural and Landscape approach.These concepts have been translated into an organic fluid form balanced with texture to define the Architectural and Landscape approach throughout.

The buildings have been designed to create and form a modern, vibrant and imaginative place within this newly formed masterplan community. The residential buildings rise above the podium in contrast with a refined, fluid and sculptural quality creating a dramatic and appealing built form. The fluid podium and upper level façade elements merge at the principle nodes of entry framing the park and accentuating the primary corners of the built form.

PBD worked alongside Site Image to create a landscape strategy which tied into the organic fluid Architectural approach to the design, tailoring the overarching experience to relate the core principles defining the masterplan.

All building facades along the ground floor provide activation and engagement with the public spaces including the introduction of terrace courtyards within the western façade of Building O fronting the neighbourhood green.

The proposed Community facility, gym and swimming pool has a direct connection to the landscape with the entirety of the ground floor east facing façade of Building N abutting the neighbourhood green.

The neighbourhood green creates a place for social engagement with a series of outdoor rooms which correlate with the organic, fluid Architectural form.

Integration of the residential apartment lobbies within the proposed public domain strategy tailoring access/ pedestrian paths within this framework.